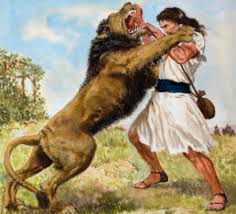 Before he became Israel’s greatest king, David was but a lowly shepherd. In fact, when God sent Samuel to Jesse to anoint one of his sons as the next king of Israel, to succeed Saul, they had to go find David as he was out tending his father’s sheep. Once anointed, David also entered the service of King Saul. And what service it would turn out to be!

Saul then led the army of Israel out to battle with the army of the Philistines. There they were confronted by the giant named Goliath, who taunted and struck fear into the soldiers of God’s army. “They were dismayed and greatly afraid” (1 Sam. 17:11). Along came David on a mission of mercy to deliver food to three of his older brothers on the front lines. As Israel’s mighty men cowered in fear, young David bravely stepped up to fight the Philistine giant. His brother Eliab angrily questioned David’s motives for being there. King Saul questioned David about how he, a smaller youth, could fight the huge, battled-tested Goliath. David answered: “Your servant has struck down both lions and bears, and this uncircumcised Philistine shall be like one of them, for he has defied the armies of the living God” (1 Sam. 17:36). The humble shepherd had come to battle the roaring lion, and you know how that story went. Youthful David, trusting in and calling upon his God, conquered mighty Goliath with a sling and a stone.

The stage is now set for what we hear today. In our Gospel reading we hear of a shepherd; in our Epistle, we hear of a roaring lion. We heard of and celebrated this Shepherd back in the Easter season. He’s the Good Shepherd who lays down His life and takes it up again for His sheep. Back in the Easter season we were but new-born babes, reveling in that blessed time of childhood as we celebrated our Lord’s resurrection. Now that Pentecost and the Holy Spirit have come, we are declared of age. We are called to grow up and live with courage in this wild, woolly fallen world.

During the weeks of Easter, we focused on our Good Shepherd. Now, in the “green season,” this time of living and growing in God’s grace and care, we are confronted with our very real needs of life. A disturber of the peace rears its ugly head. That enemy is the sin that dwells within, spurred on by the adversary who prowls around like a roaring lion. So Jesus—Son of David, the greater David, our Good Shepherd—reminds us what He comes to do, what is most important, what is most comforting, what gives us both solace and strength.

The Shepherd has one hundred sheep. One of them goes astray. He leaves the ninety-nine to find the one. “And when he has found it, he lays it on his shoulders, rejoicing.” The sheep does not rescue itself. The sheep is too scared to find its own way back to the Shepherd or the fold. The Shepherd does all the heavy-lifting. The Shepherd finds you who are lost in your doubts, your fears, your misplaced loyalties—your sin. Then He puts you on His shoulders and rejoices. It’s a beautiful picture of what happens every Divine Service, from Invocation to Benediction, with hearing His Word and receiving His Body and Blood in between.

And to show that this is no mere “me-and-Jesus” time, to show that each of us absolutely needs the gifts of Jesus in the Body of Christ—both the Word and the Sacrament—our Shepherd brings us home to the flock and calls for rejoicing together. “When he comes home, he calls together his friends and his neighbors, saying to them, ‘Rejoice with me, for I have found my sheep that was lost.’” Not “alone-together,” but “together-together.” Not rugged individualism, but community rejoicing.

Now the truly joyous message is Jesus’ punchline after each of His two parables before us: “There is joy before the angels of God over one sinner who repents.” How do we live and grow in the grace and care of our Shepherd? By repentance. How do we conduct ourselves in the face of pandemic in the world, propaganda in the media, and pandemonium in the streets? With repentance. We repent of our doubts, of our fears, of our penchant to rely on human-defined notions of safety and security, of health and healing, over our Shepherd Himself. As Luther reminded us, the whole life of the Christian is one of repentance—one of living in sorrow for our sin and the ways we stray, one of relying on the Shepherd Himself to pick us up in mercy, place us on His shoulders and bring us home to His font, pulpit, and altar.

You see, we do have an adversary prowling around—the devil himself. And he constantly seeks to devour you and your brothers and sisters in Christ. He always seeks to divide and scatter the Lord’s flock. He will use anything and everything to maximize your anxiety and minimize your trust in Jesus—viruses old and new; pandemonium in the streets; ineffective, weak-kneed leaders; media bent on stirring up fear and panic; and toxic, vitriolic debates on social media. The list could go on. Yes, we renounced him and all his ways in our Baptism, but he still prowls around, and too often we allow ourselves to be deceived. Too often we allow him and what’s happening in the world to divert our eyes and our ears from our Shepherd. 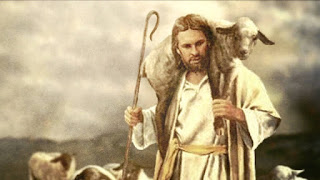 It’s why Peter calls us to humble ourselves under God’s mighty hand—another way of saying live in repentance. It’s why Peter reminds us of Psalm 55: “Cast your burden on the Lord, and He will sustain you” (v. 22a). You may cast your anxieties—each and every one of them—on your Good Shepherd because He cares for you. He has laid down His life for you. He has conquered the lion, that old evil foe, for you. He has given you His resurrection life in your Baptism. He continues to sustain you through His Word put in your ears and His Body and Blood placed on your tongue.

And what about Jesus’ second parable? Just as the Shepherd searched for and found His lost sheep, a woman searched for and found her lost coin. Let’s take this woman as the Church, our mother in the faith. What is the Church’s task in this broken, fallen, chaotic world? She also searches and seeks after what is lost. She—that’s you, me, and all Christians—is called to find sinful people and bring them home to life with the Shepherd and in His flock. She kindles and carries the light who is Christ Jesus—the light that shines, warms and gives life through font, pulpit and altar.

What are we, the Church, to search for? The lost coin of the human soul fallen and defaced through sin. The analogy of the soul as a coin is marvelous. A coin bears the stamp of an image, usually an honored leader. Think of the image of George Washington on a quarter or Abraham Lincoln on a penny. What is the image stamped on your soul and the soul of your fellow human being? The image of God, of course, King of kings and Lord of lords. The problem is, ever since the Garden of Eden, that image has been defaced and erased, wrecked and ruined by sin. We can see it in ourselves. We can really see it in all the chaos of the world, especially in recent days and weeks. Humans acting and behaving less than human in matters of race; in rioting, looting and killing; and in efforts to critique, control, even condemn those who speak or or even think different points of view. The image of God in the soul has been defaced and demolished.

You and I and all in our Lord’s Church have a unique, precious, and life-restoring calling. Our Lord Jesus is the image of the invisible God. Through His Word and Sacraments He restores and re-etches His image on us. We are called to shine the light that is Christ into the dark, chaotic, fearful world and search for souls darkened by sin. Just as we are being transformed into the image of Christ through Baptism, Word, and Supper, we are privileged to seek out other lost souls and bring them home to our Savior, so that they too may bear the image of the Man of heaven.

So our Shepherd has overcome the roaring lion that leads you and your fellow human beings to live in fear. He picks us up and carries us home. He does not remove His sheep from His shoulders, and He seeks to carry every lost one home to eternal life with Him. Amen. 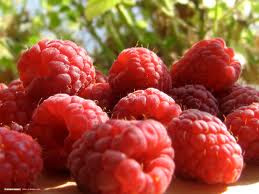